a film by Kim Quy Bui 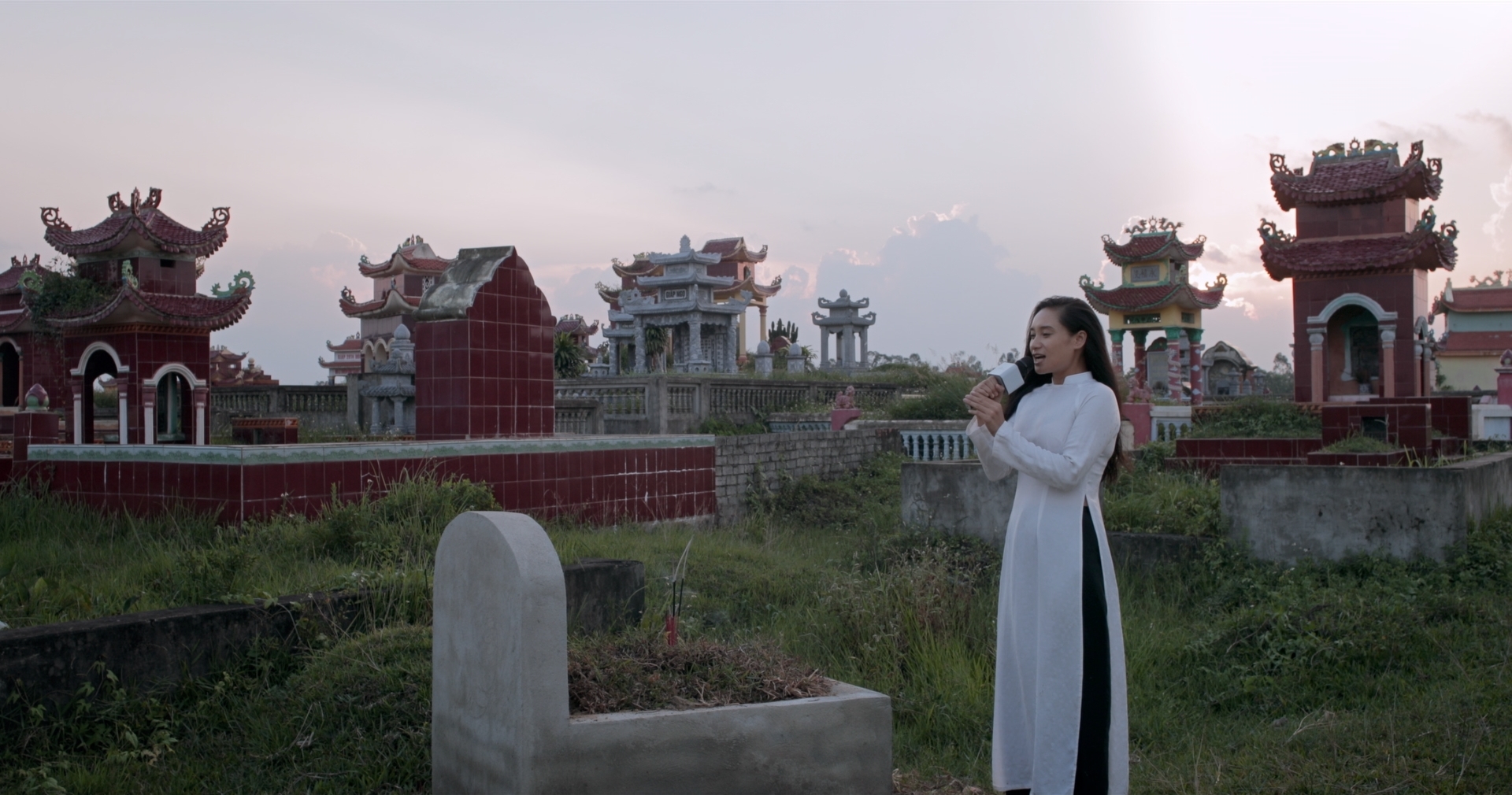 Send-off tells the story of Moc Mien’s husband, who was killed in a construction site’s – a deadly accident and later incinerated at Cremation Chamber No.4. An old woman named Me took her last breath in the illusion of being farewelled by her kin. Tho, an old man living in the same village, dug a grave for her so that she could rest on her homeland. However, her son decided to escort her coffin to the Cremation Chamber No.4.

Nether-World tells the story of Tuong – Me’s former husband – who is required to visit the land of the dead and retrieve his identification papers kept by his wife. Moc Mien has to bring her husband’s ashes back to the graves of the ancestors and since then became caretaker of incense-burning rituals. She struggles against the boredom of being a lonely widow in a desolate village filled with ghosts.

This-World tells the story of Tho and Thi, an old couple who don’t want to have their bodies cremated after death. They secretly hire Son – director of an all-in-one package funeral service company – to arrange their funeral ceremonies. Meanwhile, Moc Mien has just left her home for the city where she meets Tuong and then lives with him. After that, his sudden disappearance sends her into the depth of despair. She commits suicide in their shared house. At the end of the film, Tuong comes back home, eats Moc Mien’s ashes and then dies. His dead body is incinerated at Cremation Chamber No.4. Kim Quy Bui graduated with a BA in Screenwriting at Hanoi Academy of Theatre and Cinema in 2006. Her screenwriting credits for full-length films include RH108, LOVE PUZZLE, DREAM STATE, PIGGYBACK and STRANGERS. In 2013, she wrote and directed her debut feature film THE INSEMINATOR, which received Best Cinematography Award at Asean international Film Festival in 2014 and screened in competition at Busan International Film Festival along with Kolkata, New Horizons and Taipei festivals. Her latest feature MEMORYLAND was supported by Asian Cinema Fund, Purin Pictures and Berlinale Talents. The film had its world premiere in competition at Busan.